We can’t really say if even the most trendy of grandmothers would have appreciated this shop, for the defining debauchery and relentlessly cool philosophy of Granny Takes a Trip probably would have raised those fragile heart rates and set false teeth chattering. In keeping with our celebration of thirty years of Underground originals and following on from our post on Carnaby Street earlier this week, we take a look at what was regarded as the first psychedelic boutique of the sixties.

During the latter half of the 1960s, London was a metropolis in the midst of change: countless underground movements had materialised from the rise of the art-school sensibility – think John Lennon – and the burgeoning, reactionary youth music scenes were in abundance. Creativity, lucidity and individuality defined the period, psychedelia reigning supreme for its loose energy and carefree attitude.

The clothing was equally as blithe; the restrictions of the war period were long gone and experimentation was welcomed. Boutiques began to pop up all across London, offering individual keepsakes that would outwardly express even the most peevish of individuals. As we described, Carnaby was a haven for young men, keen for colourful and reasonably priced garments. Granny Takes A Trip – which opened in 1966 at 488 Kings Road – was part of the boutique boom of the swinging sixties but was far more appealling to both genders. It was the lovechild of India-born painter and graphic designer Nigel Weymouth, vintage collector Sheila Cohen and former Saville Row tailor, John Pearse. The whimsical name conjures up the image of the shop entirely: imagine your Edwardian granny attempting to dress herself in oriental attire after she’s just dropped an LSD tab. Sounds like a fun Thursday evening to us.

Fed up with pop-disposability and trivial trends that characterised and limited fashion of the decade, the eclectically bohemian bunch started to sell Sheila’s oriental and Edwardian vintage vestiges: velvet, gaudy sequins, fur and paisley were in ample supply and decadence had become key. For all the shop’s endeavours to sell timeless vintage clothing, they were, as name would have it, slightly granny-ish. The gaudy patterns, the indistinct and unflattering shapes swamped those who wore them. As luck would have it, they happened to have none other than Saville row apprentice tailor extraordinaire John at their disposal to re-shape, re-cycle, re-style, and re-claim skirts that needed making a good ten-inches shorter, or collars that needed to be one-inch longer. Granny looked to radically redress the dull city with renegade tailoring that created hip and modern shapes. 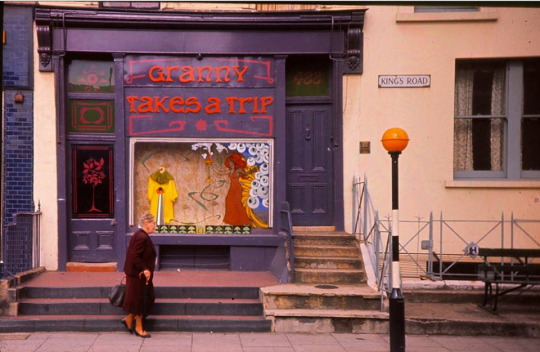 And with that, the shop became a place of pilgrimage for the coolest individuals: Pink Floyd and Jimi Hendrix outfitted themselves with the boutique beauties; the Rolling Stones were buttoned up to the nines on their Between the Buttons album artwork; the Beatles were regular loiterers, Nigel remembers one brilliantly narcotic anecdote:

“One morning we were sitting around cross-legged on the floor, passing a joint around and these two blokes came in. They looked around and said, ‘This is a nice place isn’t it?’ We looked up and it was John and Paul.” 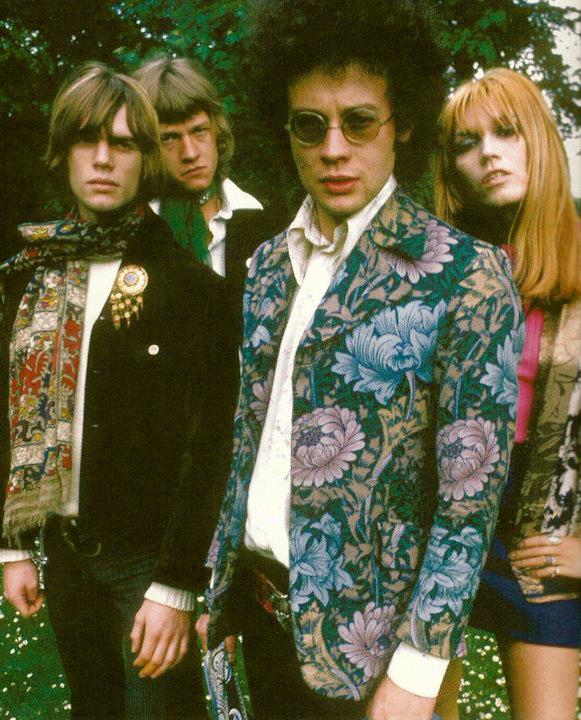 During its residency at 488, the novelist Salman Rushdie also occupied the flat above the shop. He reveries about his semi-hatred for the place and actually provides an overtly sensory and visceral account of the shop:

‘…it invented the clichés. Inside Granny’s it was pitch dark. You entered through a heavy bead curtain and were instantly blinded. The air was heavy with incense and patchouli oil and also with the aromas of what the police called Certain Substances. Psychedelic music, big of feedback, terrorized your eardrums. After a time you became aware of a low purple glow, in which you could make out a few motionless shapes. They were probably clothes, probably for sale. You didn’t like to ask. Granny’s was a pretty scary place […] At Granny’s, you said ‘beautiful’ to express mild approval, and, when you wanted to call something beautiful, you said ‘really nice’.

‘Sylvia ran the shop. She made Twiggy look like a teenager with a puppy-fat problem. She was very pale, probably because she spent her life sitting in the dark. Her lips were always black. She wore mini dresses in black velvet or see through white muslin; her vampire and dead-baby looks. She stood knock-kneed and pigeon toed after the fashion of the period, her feet forming a tiny ferocious T. […] Half Love Child, half zombie, she was an awe-inspiring sign of the times.’

Once he’d plucked up the courage to go and speak to her and after saying hi, she imperturbably replied with: ‘conversations dead, man’. This place was either the pinnacle of cool or the most pompous boutique to ever grace the earth.

Beyond its hippy and somewhat avant-garde interior, the flamboyant façade of the shop became an artistic shrine itself: the shop began with a psychedelic mural of a Native American sinisterly watching over the fashionably maverick streets, followed up with an audacious pop-art homage piece to Jean Harlow. Wishing to continue their outlandish appearance, Granny opted for the front-half of a decrepit 1948 Dodge car to be bolted onto the shop window, surreally exploding and crashing out of the shop onto the forecourt, Lichestenstein-style. It really was a visual trip. 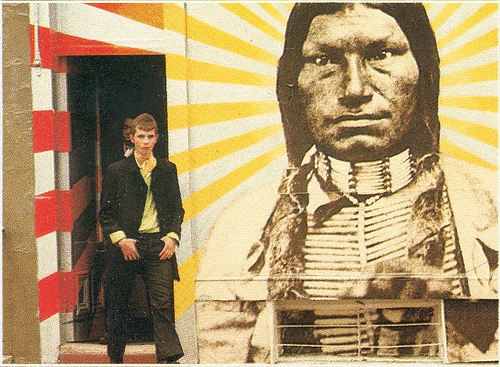 Whilst the shop ‘sold-out’, so to speak, for the original incarnation has disappeared and the move to America seemed like a clever corporate move, what remains so extraordinary about the store was its innovation in regards to fashion: it took remnants of antiquity and made them exciting again. The shop was an exotic mix of british and indian, fusing paisley and floral with elegant tailoring, fit for any cosmpolitan citizen of the city.